Having spent part of my childhood in an interior Alaska Native village, I am thrilled when our locum tenens providers get to contribute their medical skills to our client hospitals and clinics. In addition to engaging and meaningful work, many of our providers also enjoy the singular experience of living in some of the world’s most adventurous locations. In this blog post, I’ll highlight a few things that make our Alaska partner communities unique, including what remote village life in Alaska is like. 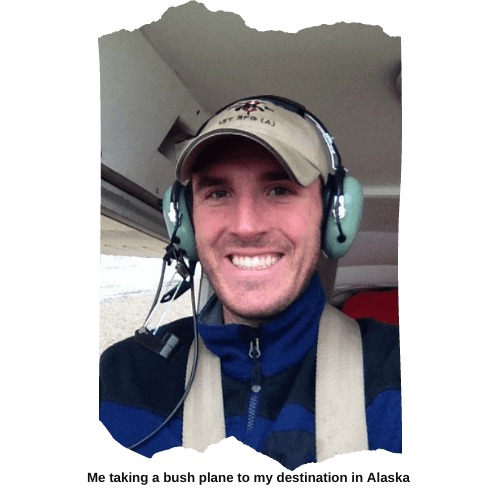 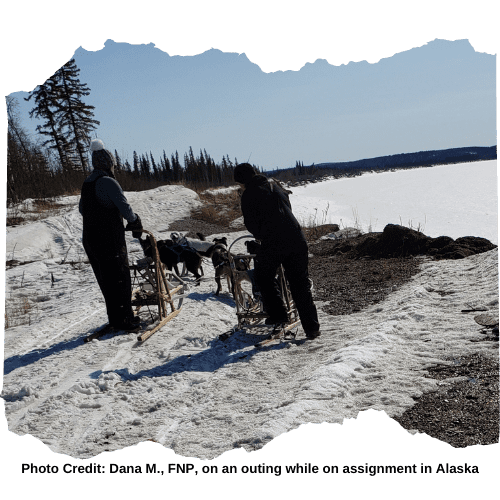 In some villages, sled dogs outnumber people. In many Alaska villages, it is not uncommon for the community’s canine population to outnumber its human population. Yup, you read that right. This might be surprising, but sled dogs have an extensive historical legacy in Alaska and remain an integral part of rural life for many families.

Today, echoes of this legacy are evident throughout the state. Fittingly, Alaska’s state sport is dog mushing. This designation is not just a mere nod to the past either. Instead, Alaska’s two most famous sporting events center on dog mushing. The Iditarod is a world-famous sled dog race that draws competitors from across the world and covers a ‘course’ of nearly one thousand miles. Meanwhile, the lesser-known ‘Yukon Quest’ stretches a thousand miles across Alaska and Canada and is regarded as an even more arduous event, with some observers describing it as the hardest race in the world.

Although technology has changed their role, dogs remain an important fixture in remote village life in Alaska. Over the years, many of our providers have experienced dog mushing firsthand while on assignment.

2. Fish Camps are a Longstanding Tradition 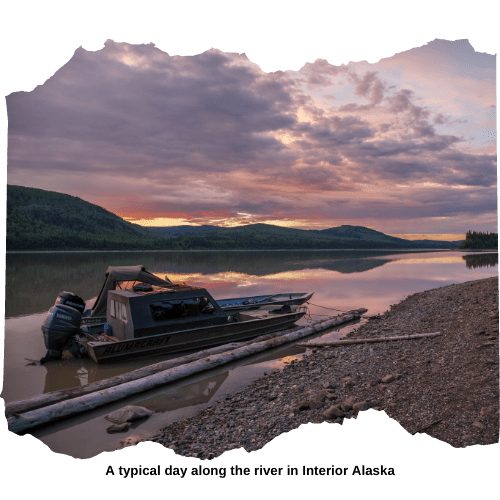 Each summer, many interior Alaska communities disperse to traditional fishing spots called ‘fish camps.’ As the name implies, fish camps center around the salmon runs that help to feed many rural communities. In addition to their critical subsistence role, these camps serve as a hub for traditional summer activities. Fish camps are seasonal and commonly consist of a mix of tents, cabins, and smokehouses. Many families have traditional fish camp areas that date back several generations.

Fish wheels are a common fixture at most interior fish camps. Fish wheels are a traditional (and ingenious) means of harnessing the river’s natural flow to scoop salmon out of the water as they swim upriver. To see a fish wheel in action, check out this video.

After being caught, Alaska salmon are typically cleaned, filleted, and smoked. Depending on the species, the salmon harvested from the river may be sold as a canned delicacy, saved for subsistence, or used to feed sled dogs. If you are fortunate enough to work in an interior Alaska community during salmon season, be sure to get your hands on some ‘fish strips’ – a true Alaskan delicacy.

3. Subsistence Hunting is an Essential Part of Remote Village Life in Alaska

As with fish camps, hunting is an essential part of village life and tradition. In fact, many families rely on subsistence hunting [hyperlink] to provide for their family.

As summer quickly gives way to fall in Alaska, many communities transition their focus from fish to big game animals like moose to fill the family’s freezer. Due to their size, a single moose can provide a substantial amount of food. Not surprisingly, many Alaska families substitute moose meat for beef in classic recipes. [Link to Moose Lasagna]. Something about tradition to share with elders…

To see firsthand how subsistence hunting plays an important role in rural life, watch my friend Andrew Marks’ documentary about his family’s annual trip to the Cosna River.

4. [Spring] Breakups are Something To Be Celebrated

Each spring, bush communities become intensely fixated on ‘breakup,’ which is when the surface ice on rivers, like the Yukon and Tanana, gives way and begins to move downriver. These breakups are not subtle. Due to the vast size of Alaska’s rivers, the breakup often occurs over a protracted period of time and may cause erosion, downed trees, and other nature-made chaos.

Breakup is an important milestone each year for several reasons. First, it signals the transition from the extremes of winter to the surprisingly mild and daylight-filled summer days. The spring transition also ushers in traditional activities like Athabascan beading and collecting firewood that has been pushed down the river by the slow crush of ice.

Breakup is also important because it requires many villages to change the way they travel through the interior. Post-breakup, barges serve as a critical means of transporting larger items to Alaska’s village communities.

If you’re on assignment in Alaska in the winter or spring, be sure to read about or participate in the Nenana Ice Classic, which is a unique event. Each year, thousands of people place wagers on exactly when – down to the minute – the Tanana River will break up and send a twenty-six-foot spruce tripod into the icy water.  With hundreds of thousands of entries, the winner stands to earn an enviable prize and big-time Alaskan street cred.

In Alaskan parlance, a snow machine (aka a ‘snow go’) refers to a tread-and-ski-based vehicle, more commonly known as a snowmobile in the lower 48. As something of a successor to dog mushing teams, snow machines are important means of transportation during Alaska’s long winters. In most villages, snow machines serve in both recreational and work roles. As the snow melts, many Alaska villages turn to three and four-wheeled ATVs as a transportation mainstay. If you work in a village, you will likely observe many more snow machines and ATVs than cars and trucks.

As with dog mushing, Alaskans have embraced the sport of snow machining through events like the Iron Dog. Like its dog mushing counterparts, the Iron Dog has a rightful claim as one of the most challenging sporting events in the world. Over the course of a week, entrants race across more than twenty-five hundred miles of rough and forbidding Alaskan backcountry terrain to compete for the top prize.

I hope you’ve enjoyed this quick survey of village life. We have several opportunities to use your skills to impact a community and have a unique experience yourself. Visit our website or speak with a recruiter to learn more.

How to Write a CV for Medical Professionals [+ Downloadable CV Template] 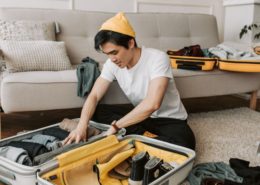 Emergency Courtesy License: What You Need to Know
Scroll to top